In 2018, a new client contacted the Sky Eye Team about the possibility of delivering multiple rental units for three sites in the Permian Basin (Sweetwater, TX and Jal and Loving, NM) to execute a one-year contract. The Sky Eye team received a formal PO for 25 Light Sweet WTI Crude Oil Truck-to-Rail Transloaders in May of 2019, and 12 weeks later, all 25 units were on site and in operation. 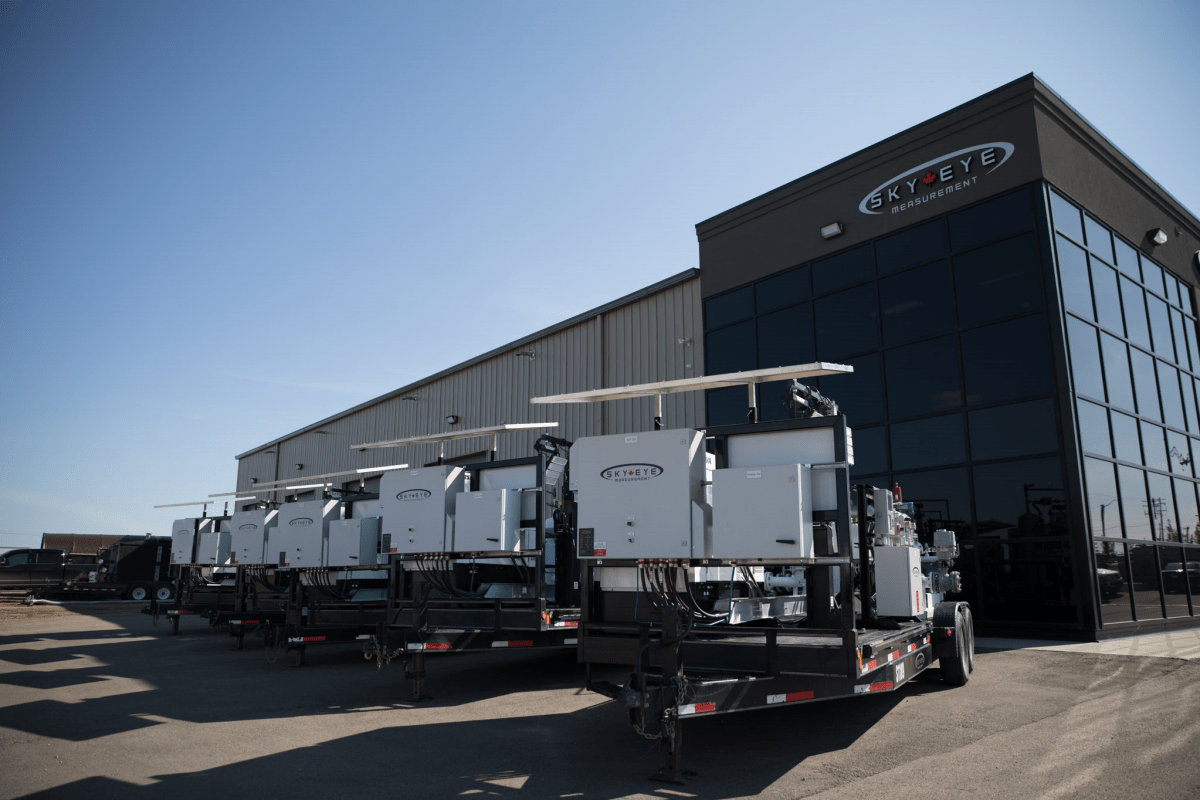 In 2019, a new client, the trading arm of a large producer, recognized an opportunity to manage the offtake of crude production volumes moved via rail to the refineries in California and Louisiana from the Permian. At this time, the cost to ship via existing pipelines was exorbitant, and this arbitrage enabled this client to give the Permian producers a choice. In this scenario, Sky Eye’s client could act as the transportation facilitating the movement of crude to the processing refineries.

Due to a rapid increase in demand for light, sweet oil from the Permian combined with record-breaking production outputs, pipelines were increasingly overburdened, causing challenges to supply chains. The client saw this as a warning sign and knew they would need to devise an alternate way to transport their product – in this case, moving oil via truck to rail terminals throughout the Permian. This client’s team needed a rental solution that was high-quality, efficient, safe, and could be on-site quickly, and Sky Eye was the only team that could deliver this volume of rental units in such a tight timeframe.

The 25 units delivered were Crude Oil Truck to Rail Transloaders, designed to custody transfer West Texas Light Sweet Oil directly from truck to rail car.  To ensure that regulatory compliance was verifiable, Sky Eye built a custom, portable Master-Meter Prover that worked with the client’s terminals to ensure universal meter compliance. For this client, the ability to pull an autonomous unit to site with a pickup, start up the onboard Genset and be operational within one hour without on-site utilities was a huge benefit. Because of each unit’s integrated vapour balance systems, this client could complete custody-transfer level movements with zero vapour release. These units enabled the client to run multiple transloader terminals within six weeks of PO issuance and achieve significant clean crude production via rail with unit train shipments of up to 70,000 BBL’s every three days. The client achieved this with little to no terminal preparation, just simple, on-site Operations Site Training – a massive timing and cost savings component. This client’s rental units were highly efficient and designed to work around the clock. Ultimately, this client could load an entire unit train every 2-3 days on each site.

These units enabled the client to run multiple transloader terminals within six weeks of PO issuance and achieve significant clean crude production via rail with unit train shipments of up to 70,000 BBL’s every three days …ultimately, this client could load an entire unit train every 2-3 days on each site.

The benefit to this client was huge: the creative rental agreement and massive infrastructure capabilities with low capital investment because of the “pop-up terminal” capabilities of these units meant for massive cost savings.

The client signed off on the final PO in late May, and the Sky Eye team got to work immediately. The first six units landed on July 4th, 2019, with the remaining 19 delivered over the next eight weeks for a total of 25 units.

When Sky Eye agreed to this project, Sky Eye’s facility was already near 100% capacity with other projects. To mitigate any delays, we added another highly specialized shift of tradespeople, ran 24 hours a day, and bulk-ordered technical components via Sky Eye’s trusted vendors. Ultimately, the Sky Eye team did what they do best – dug in and got the job done, all in the name of exceptional service for a valued client. 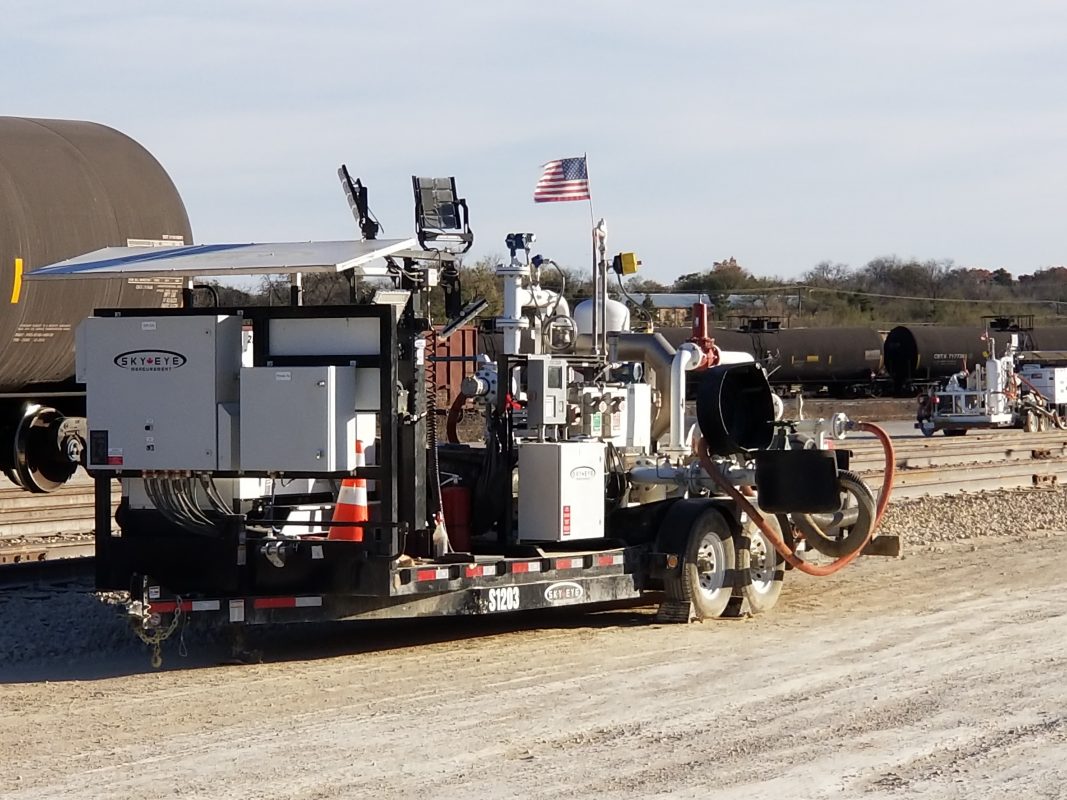 Sky Eye Measurement are your measurement and calibration solutions experts.